How WebinarJam Cured their InfusionSoft Pain This Year - The Tech Assassin

How WebinarJam Cured their InfusionSoft Pain This Year 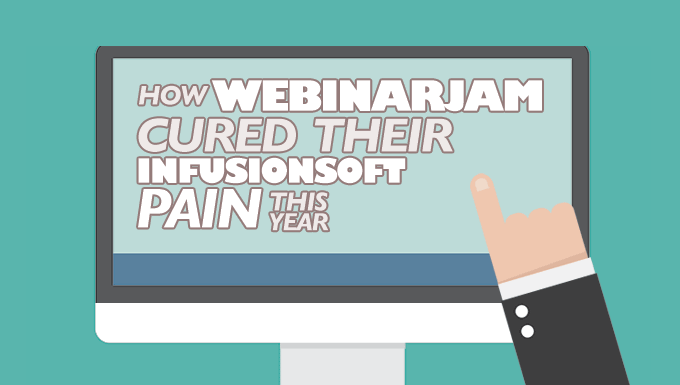 But they had an InfusionSoft problem…

They wanted to fix it so that when someone registered for a client’s webinar, they (WebinarJam) could add the contact to InfusionSoft, along with some tags. Same thing when that contact entered the live webinar room, or watched the replay video, etc.

They had a programmer working on the InfusionSoft integration but they were having problems getting it to work. It had been weeks and they had a launch coming up.

Time was running out.

And that’s when they called in the big guns. The Tech Assassin.

Hector Yague (admin of WebinarJam) contacted me asking if I could help. InfusionSoft’s API is a bit of a walk in the park for me so I said, “Sure!”

6.5 hours of coding later and they had everything they needed from me to make it happen.

Check out the testimonial from Mike in the pic below: 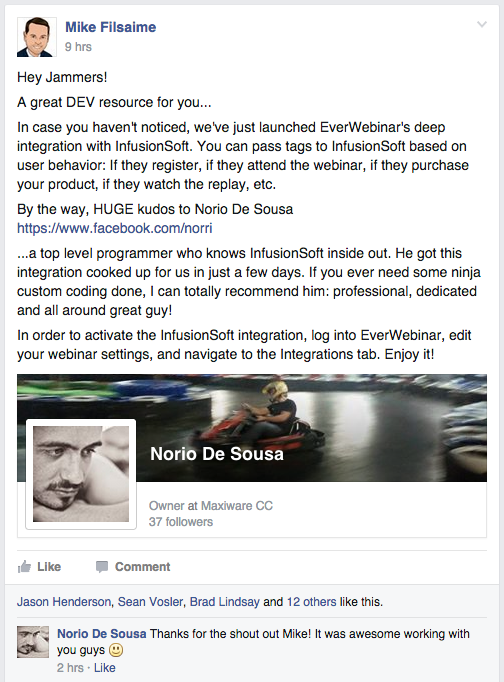 And that’s what it’s like working with me. You could be struggling with other programmers for days, weeks or even months but all it takes is an email to a Tech Assassin and your problem can be solved. Your launch can go ahead smoothly and on-time and you can go back to making money.

Stop struggling with other programmers. Contact me now to get shit done.